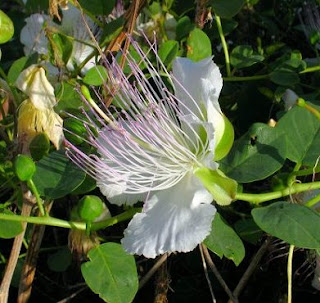 Capers (kappar) have been a part of Mediterranean cuisine for thousands of years. In fact, they were often used as a type of currency among merchants travelling ancient trade routes. Soon, capers became favorite additions to fish sauces and marinades, along with brined and dried anchovies. The indigenous bush which produces capers is very well-suited to the sandy and nutrient-poor soil found in Malta. Caper bushes can often be found growing between the cracks of sidewalks and broken roads.
The salted and pickled caper is a distinctive ingredient in Maltese cooking: often used as a seasoning or garnish. The buds, when ready to pick, are a dark olive green and about the size of a kernel of corn. Capers ready for the market place are usually packed into distincti 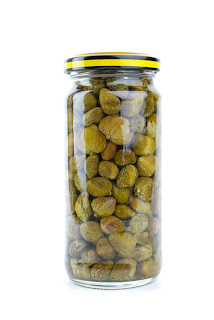 ve glass jars filled with coarse salt or vinegar brine. They are used in salads, pasta salads, pizzas, fish dishes and pasta sauces. Examples of uses in Maltese cuisine are the “Hobz biz-Zejt”, "iz-Zalza tal-Lampuki". (Dolphin Fish sauce)
A number of kitchen supply stores and grocery stores in Malta sell bottled capers, so cooks should not have difficulty finding enough for a recipe. Capers straight out of the jar are far too salty for consumption, so it’s recommended placing them in a small strainer and rinsing them under running water before adding them to sauces or to fish. Because the flavor can be so intense, most recipes only require a few capers to add sharpness to a savory dish or sauce.
I still remember those days when our parents used to take us siblings for a walk in the countryside and to keep us occupied they used to give each of us a plastic bag to pick the capers from the bushes. It was kind of tedious but I used to love exploring all the nooks and crannies around me. Those were the days! 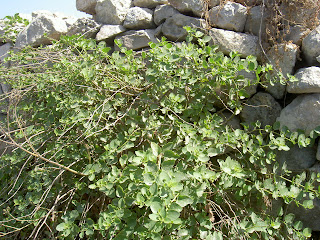 Whenever I visit my family in Malta, my mum gives me one of those jars to take home, I am not very keen on them but my husband loves them... he wants them on pizza , with fish dishes and in salads.I remember we used to go pick them up with my mum and dad when we were kids and mum would make jars for all the family.
Thanks again for your posts which bring back such lovely memories for me.
Have a happy week!
Sue.

I have just had a pizza and it had capers :) As you said, the taste can be very intense so I try to take just a few.

How interesting. I didn't know that they were used in ancient times as a type of currency.

I love capers! I can't include them in my summer dishes though as not everyone likes them so I put a side dish of capers on the table for anyone wanting to add to their plate.
Thanks for a lovely and interesting post Zen.

I'm not so keen on them, either. They're too salty for my liking. And yes, Sue we too used to pick capers too. Coming to think of it, we enjoyed ourselves with the simple things in life.